At 0500 on the 28th September I was waiting eagerly by my front door sheltering from the wind, which seemed to be attempting to blow over the terrain boards stacked up against my fence. Colin had bravely volunteered to drive to Birmingham, and seeing as I had only had two hours sleep I was very grateful.
We loaded up his wagon with a boot full of figures and a few buildings more and headed down south. Fight our way through the fog we arrived at the NEC around 0700 and joined the small queue of helpers waiting to set up their displays.
We finally got in and made our way through the huge deserted aircraft hanger called the NEC. making our way past a life size space marine rhino, i was happy to see our demo area was right next to the cafe. So getting a coffee would not be a problem! a shot of the deserted Main street in a deserted NEC 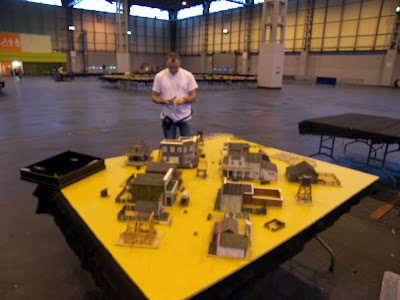 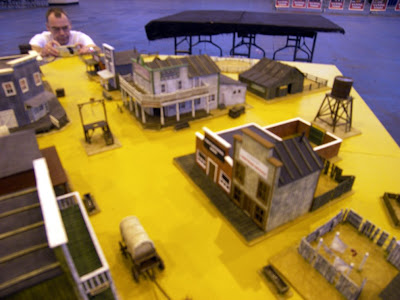 The only thing stirring in town is Mr Chou's washing.... 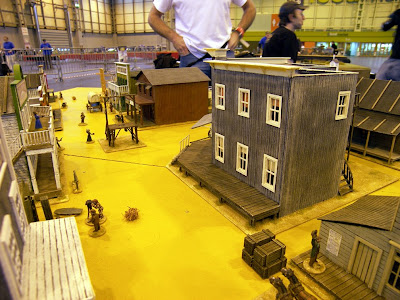 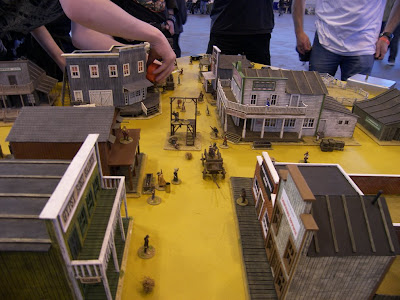 Gold on the gallows 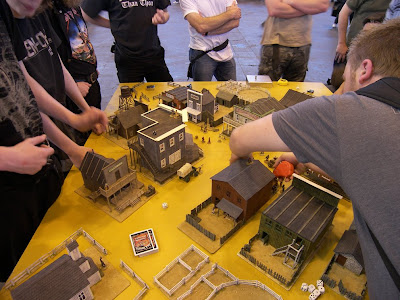 The action heats up 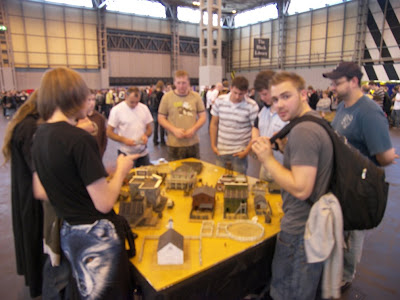 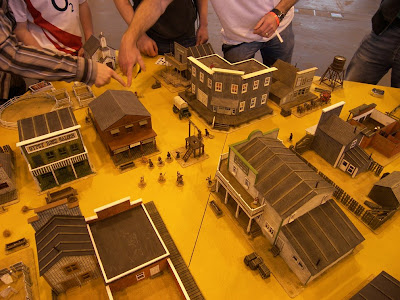 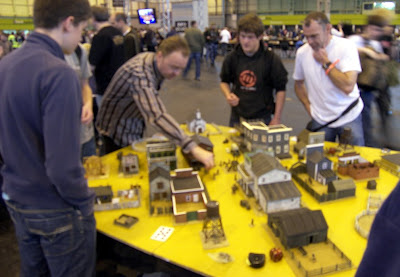 Dave takes all comers on an adventure in Imelda 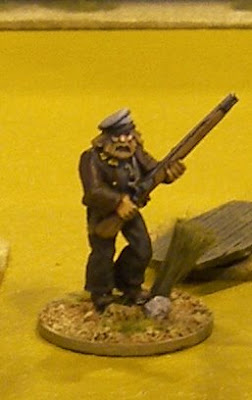 Stinky Pete with a hangover! 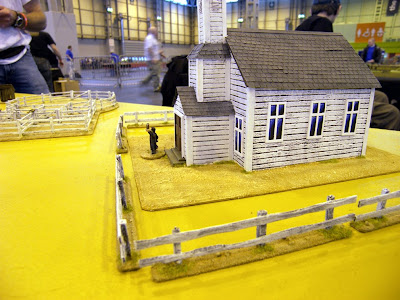 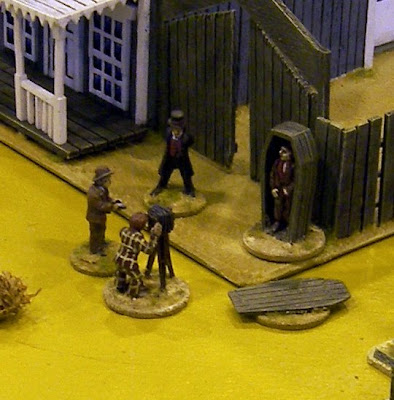 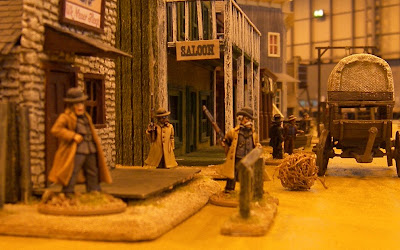 the Pinkertons pose outside their office 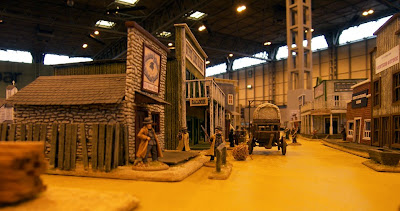 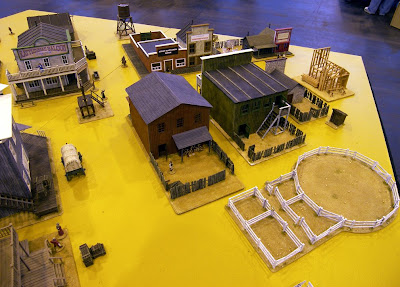 The Corral
Colin and I were joined by 2 other Ugley boys, Dave and Sam who had travelled up from London.
At 10 o'clock the doors were opened and a huge cry went out, followed by thousands of screaming hobbyist vying for position in the queue to buy the as yet unreleased space marine codex.
People then started trickling towards our area and Dave took on his role as games master
and the first of many games was underway.
The day was based around "Stinky Pete and his lost hoard of gold" scenario, which is one of our favourites and a great choice as a beginners scenario. Each participant was given a three man posse, which included a leader and two deputies.
Dave is a natural GM and made the games flow well and got everybody involved.
I was surprised how fast the day went, and even though we had started out at 0500 four o'clock was soon upon us and i realised that my trip to the Forgeworld stand to buy tanks was going to have to wait for another day.
The day was great fun and i was pleased by all the people that joined in the game enthusiasm and fun. Apart from a couple of heavy handed kids removing a few roof tiles and a staircase in their lust for the gold, all went well.
hopefully we will be their again next year, with more buildings and a new scenario!
i would just like to thank Colin for all his hard work and driving us there. Dave for being such a great GM, Sam for helping out and Rob Broom for inviting us.