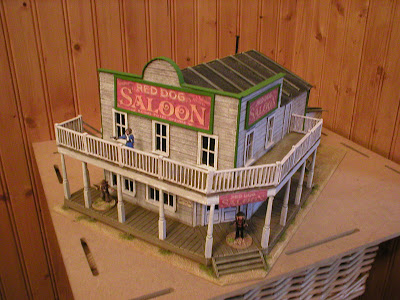 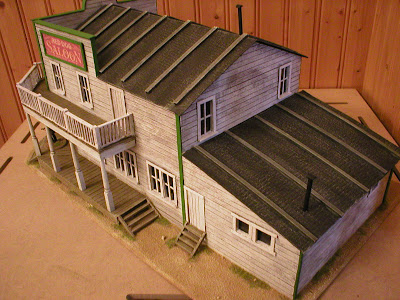 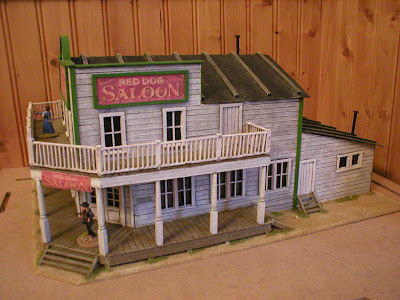 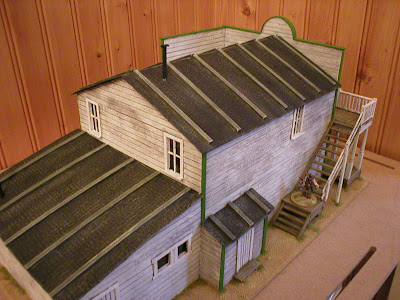 A new saloon opens up in town "RED DOG". Colin buildings just keep getting better and better!!
I hope to construct a 6'x5' board for the town, with a lot more townies, cattle, horses , dogs and a few more buildings over the next few weeks if time allows..... Extremely busy with my commission work, so Imelda has been on a bit of a back burner.
Game wise myself and Patrick got together a few weeks ago, Wint was hoping to free one of his boys from the gallows, but the Pinkerton's got wind of their plan and shot them up as they entered the outskirts of town. Now Wint is planning his revenge with a new posse.
here is a few pics from the game 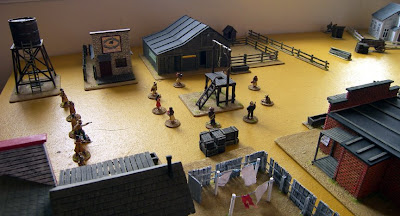 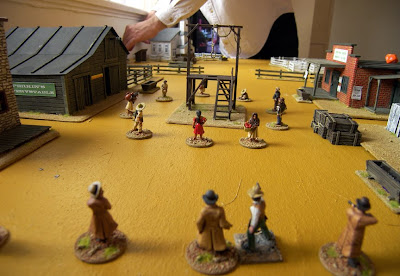 The Pinkerton's escort their prisoner... 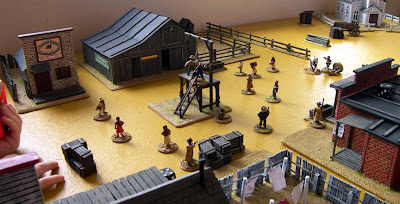 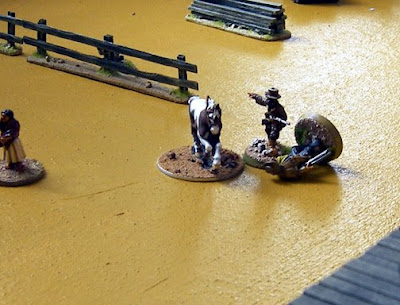 Man down, Patricks plan of closing the distance and opening up with two barrels of death lay in the dust... 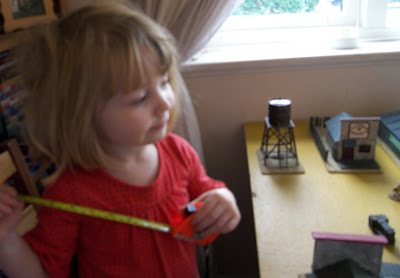 My Little helper checks the range for her next shot, never to young to wargame! 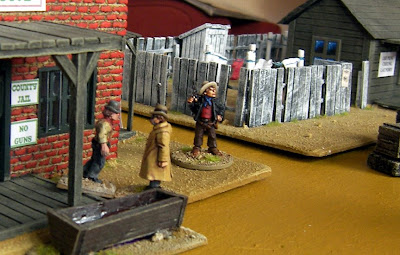 Fisticuffs outside the jailhouse 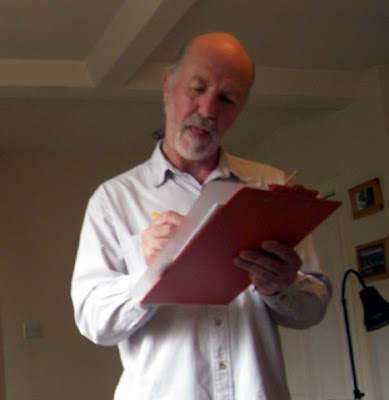 Patrick counts the cost of his daring rescue attempt.
A difficult scenario for the attacker this one. My Pinkerton's were able to cover the open ground with their repeating rifles making it literally a killing ground. Wints boys moved forward bravely being covered by their rilfeman who managed to take out a couple of detectives. The early lose of the rescue horse and passenger wielding a shotgun was a big blow. From then on my Pinkertons managed to outshoot the outlaws and secure their prisoner.
This was only Patricks second ever game and i have a feeling that he will be third time lucky!
Posted by Steve h at 11:36