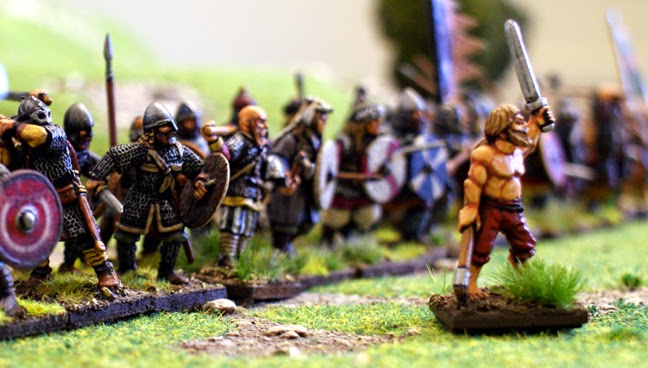 I'd have liked to name this post 28mm Viking army, as I've been working on and off on this collection for over 10 years. It peaked at around 300 figures and currently stands at roughly 70.
So not quite an army more just a small raiding party. 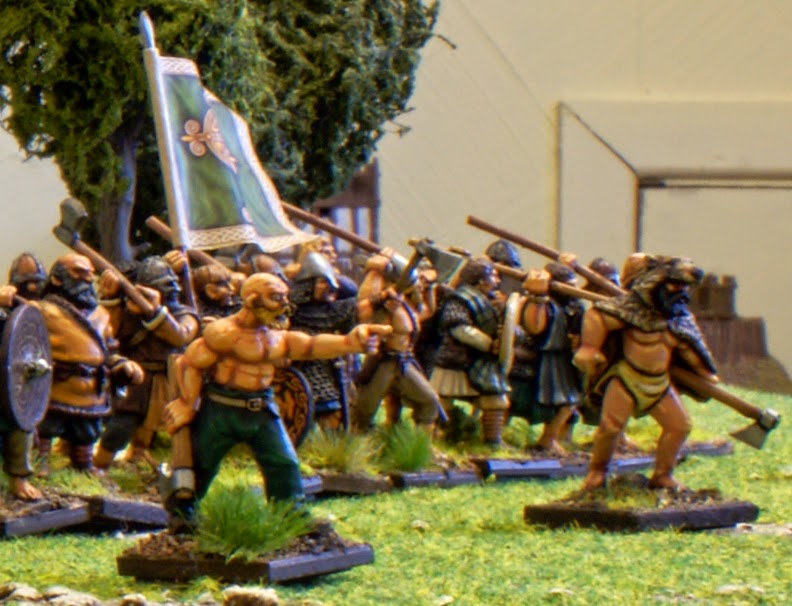 When I have finally finished my new general and army standard bearer plus a few more warriors to thicken the shieldwall, I will be proud to call it an army again. (watch out Dave!) 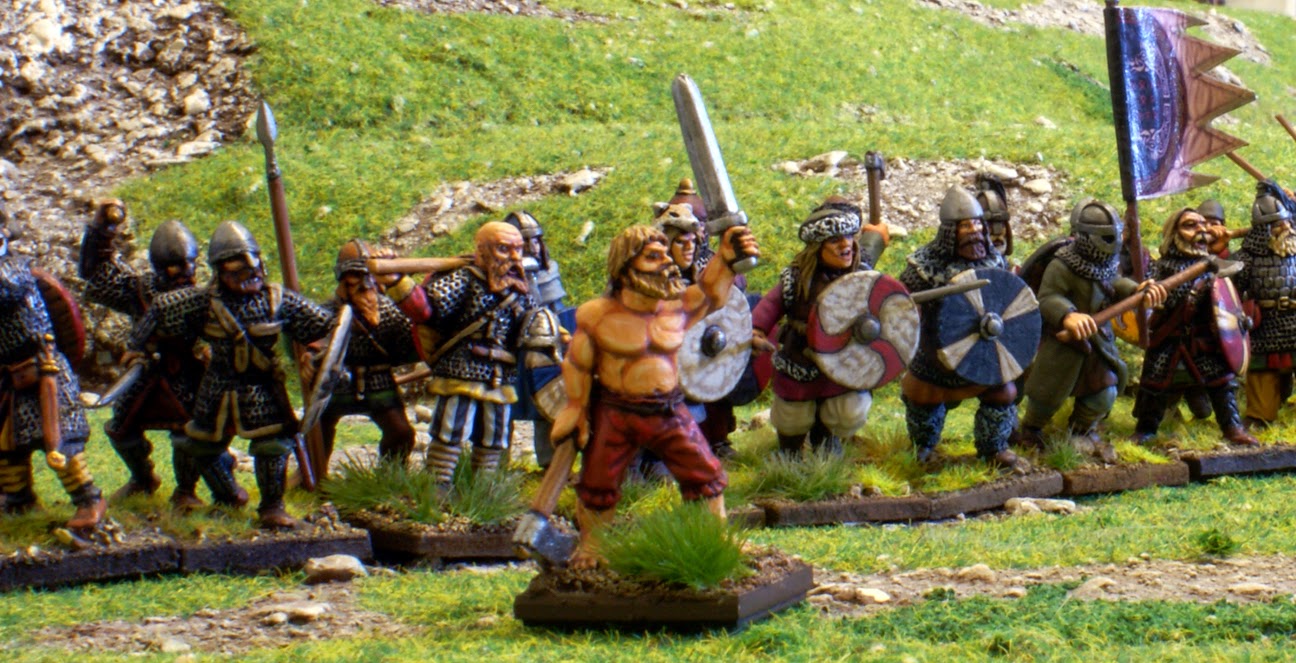 So today I was playing with the lighting in my room and thought I would take a few pictures to see what effect my new lights have. The majority of the troops are from Gripping beast with a couple of Crusader miniature beserkers thrown in. 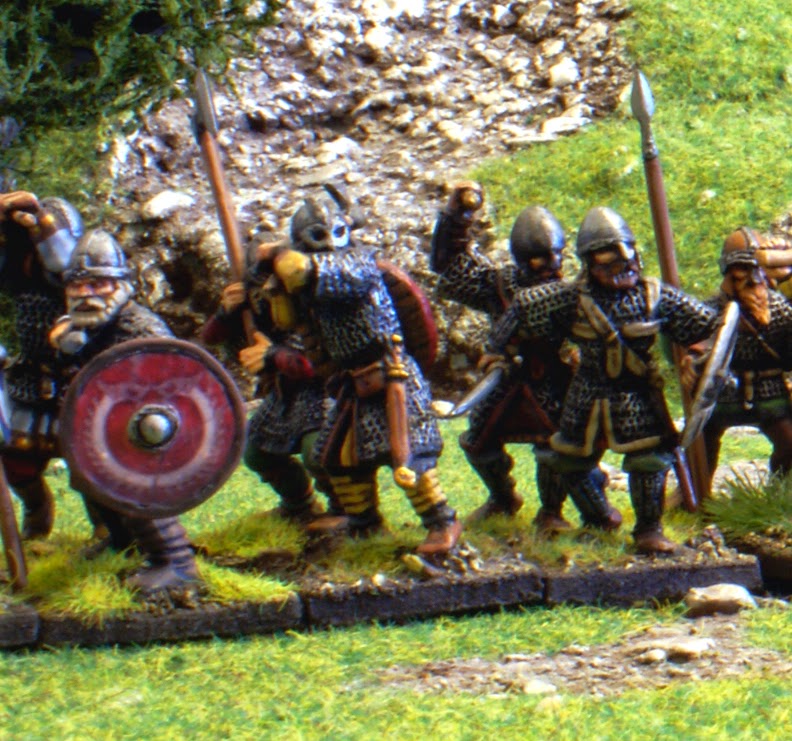 You can probably tell I was also playing with my camera and looking for that perfect shot. Sadly never quite got it, but hey the weekend is upon us and there is still going to be time in between the RUGBY! 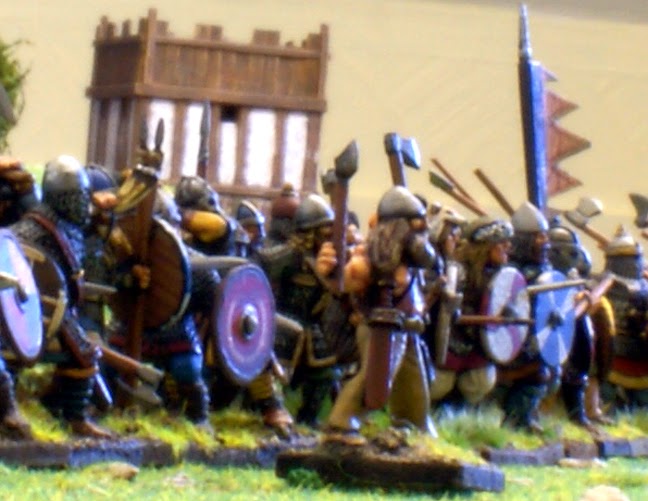 England for the grand slam? it would be nice!

The Vikings sure knew how to scrum, but I'm sure they learnt that from the Anglo Saxons! ;)
Posted by Steve h at 20:16