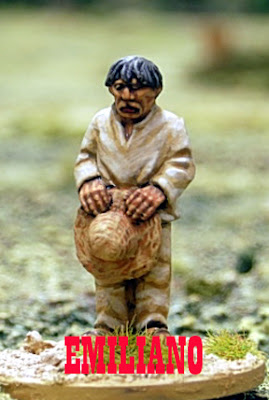 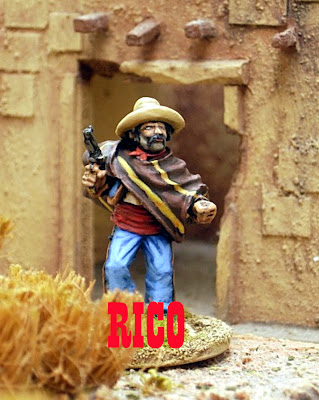 New recruits Rice and Emiliano
Sitting around the campfire drinking coffee and eating their beans, Valdez and the Windies were planning their next move.

They had lost Chino to Boot Hill and would avenge his death with the help of two new members to their posse. Rico and Emiliano.

Times were hard and Valdez had to spend his loot wisely. He decided he couldn’t afford to buy his men mounts at this moment in time as he needed all the firepower he could get but he did promise them some Horse Rustling pretty soon.

Valdez had killed two men in the last couple of days and was starting to get a bit of a reputation as the top sixgun in the area. Whenever he went into town he had this reporter guy following him around promising to make him famous. 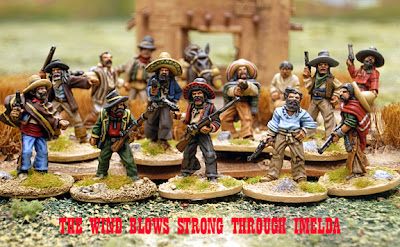