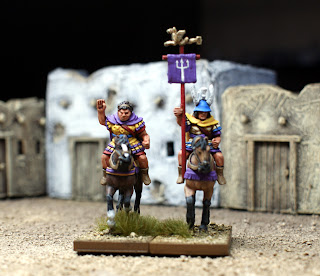 Philetaerus, an officer of Lysimachus, deserted in 282 B.C., taking control of Pergamon and large treasures deposited there. At first nominally a Seleukid suzerainty, Upon his succession, Eumenes, with the encouragement of Ptolemy II, who was at war with the Seleucids, revolted. Defeating the Seleucid king Antiochus I near the Lydian capital of Sardis in 261 B.C. He was able to free Pergamon and greatly increase the territories under his control, turning Pergamon into a strong and prosperous kingdom. Although he never took the title of king, Eumenes did exercise all of the powers of one.
Since he had no surviving heir, Eumenes adopted his second cousin, Attalus I, who succeeded him as ruler of Pergamon.  Loyal allies of Rome in the Macedonian Wars and against the Seleucids, they were rewarded with all the former Seleucid domains in Asia Minor. .
When the Pergamene king Attalus III died without an heir in 133 B.C., in order to prevent a civil war, he bequeathed the whole of Pergamon to Rome. 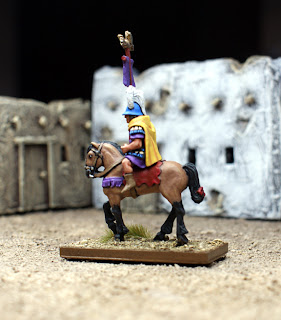 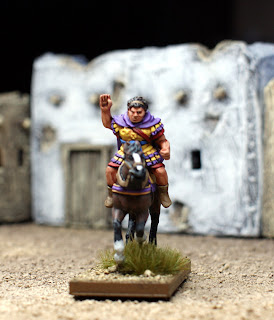 Figures are from the fantastic Grippingbeast Successors range. Great fun to paint!
Posted by Steve h at 12:28