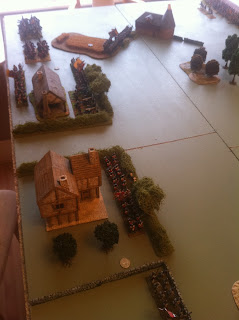 I was hoping to host the first game in my new War room the week before Christmas. sadly I still have a way to go (see last post) before I can invite the boys over. Luckily John jumped into the breech and quickly built a table and cracked out his collection of 28mm British and French Napoleonic figures. 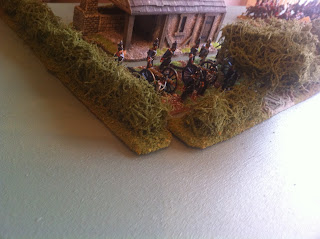 We played a game using the General de Brigade rules, which I havnt played for about 8 years and John has never played. I was the brave mighty Brits and John played the dastardly French. 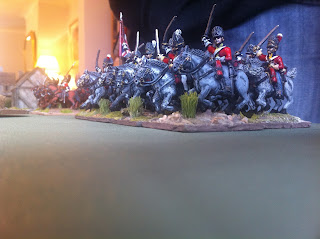 I was ordered to defend a village on the main advance of the French with four battalions, 2 Dragoon regiments and a battery of guns. 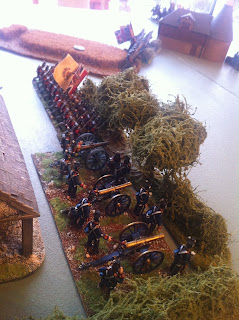 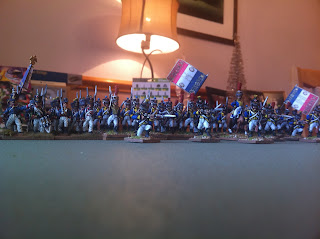 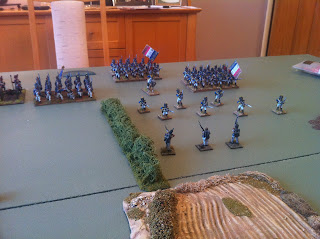 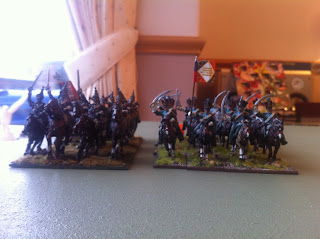 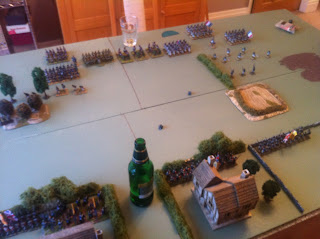 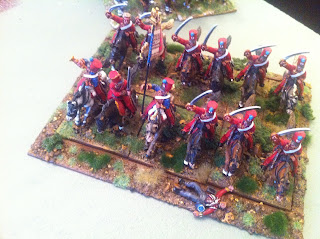 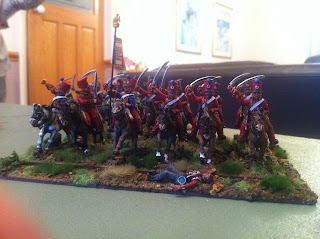 the highlight of the game (for john) was when i charged with my elite Dragoons, rolling the fabled double 1........ i know i should of brought my own dice. 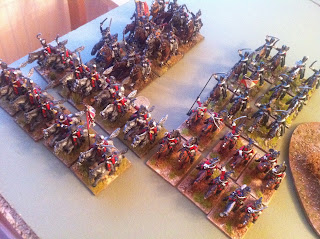 The Dragoons were then chased off the field, leaving me feeling rather exposed. We ran out of time before before we could conclude proceedings. But I  feel my position was untenable, although my centre was strong I now had no cavalry to cover my eventual retreat.

It was a good fun game, we had to check the rules a good few times and therer is a few points we are still unclear of.
I'm hoping after a couple more games we will be able to keep to the crib sheet.

Congrats to John for winning the last game of the year!