Been a bit busy the last few weeks and have not had the chance to update blog,

Cheers
Steve
Posted by Steve h at 11:49 No comments: 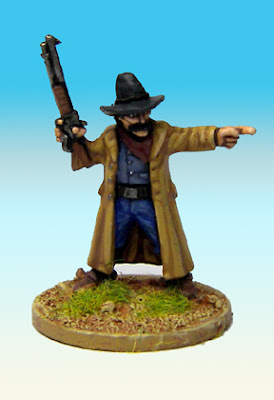 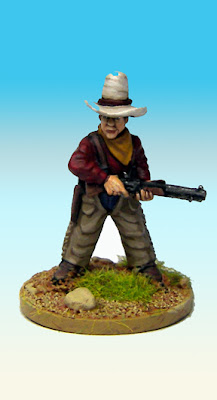 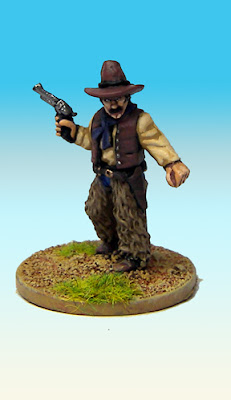 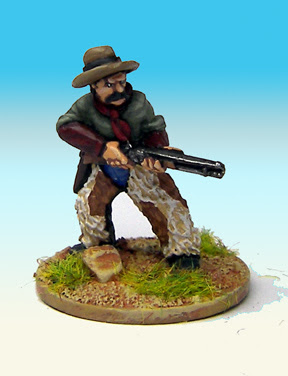 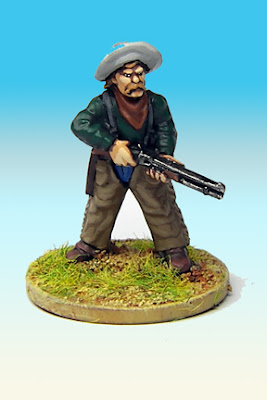 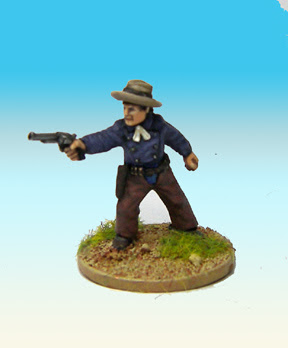 A few pics of some cowboys painted by me for Colin the master builder. All from the Foundry miniatures range. 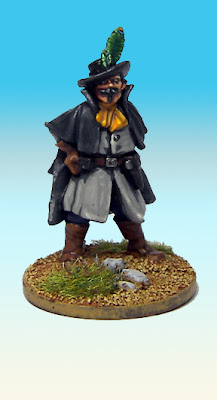 CAPTAIN ROB JOHNSON
The leader of the bushwhacker posse, Has come through unscathed in all of the opening battles. He was lucky to still have a posse after the poor start in the first shoot out where he managed to take out a few of his own men before heading to the hills on the first turn. Since then he has managed to notch up 5 kills in 3 games and now leads the "top six gun" chart. Rob has been putting in some training and now has a fight value of 6 and exp 20 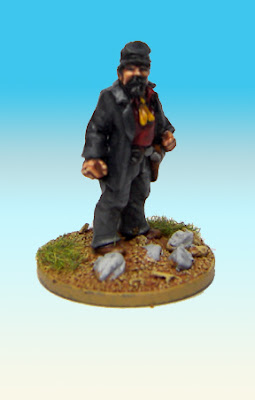 SERGEANT BAKER the 2IC survived both opening battles unscathed before being
Tko’d during bank robbery by a deputy, he is now hardened. 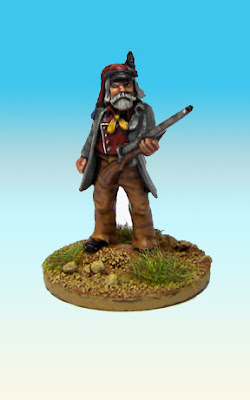 COPORAL O’REILY Has not had much luck since moving to Imelda. he was
Taken out grey on grey at the battle of gold creek, then had his throat cut whilst assaulting the church, during the bank robbery he was again TKO'd. All this has left him hardened with a bitter enmity towards sheriff shirley. He did manage to avenge the deaths of his family when he killed their murderer in the "showdown in Imelda", so its not all bad.... 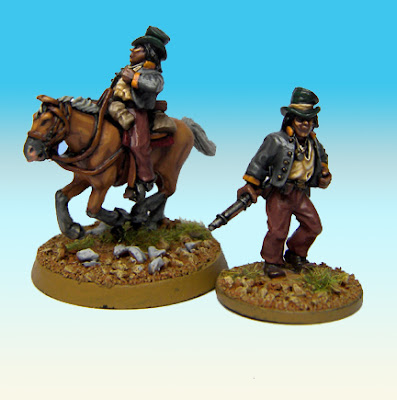 STEPHEN THE HEATHEN kills2
A Kid armed with a repeating rifle and riding a horse, He was captured at gold creek by Apaches and ransomed back for $15. fought well at the raid on the church and now has 2 kills to his name. Tko’d a deputy during the bank robbery before being shot off his horse. has gained
+1 fortune and +1 wound and is now hardened.

BOW LEGGED BILLY
Is a Tough armed with a rifle. He fell off the back of Stephens horse at gold creek. got a confirmed kill during the attack on church and the bank robbery, obth victims were lawmwn which i guess makes him a wanted man... 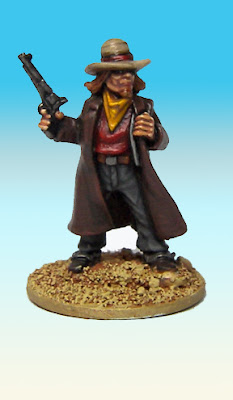 DUTCHIERowdy made his debut during the bank robbery armed only with a knife, where he carried off some loot whhich he used to buy himself a sixgun. 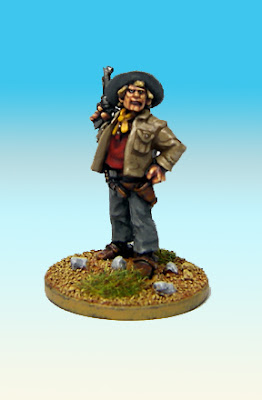 JOHN PALMER ESQUIREA Tough with a sixgun one of only three to get out of Gold creek without being full of holes....
he was Tko’d during the bank robbery by one of Shirleys posse now has Grit 5 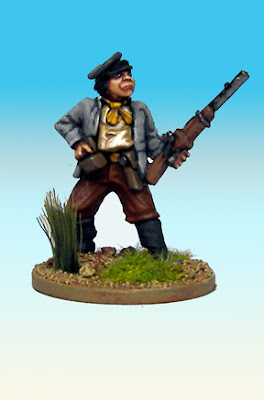 ENGLISH TONY is a Tough now armed with a repeating rifle. His first shoot out was the bank robbery where he took out a deputy. He now has a shooting skill of 4+. He was used as a sniper in the last shoot out, where he spent most of the game climbing up to the roof of the press office to find pout he was out of range of all the action..... 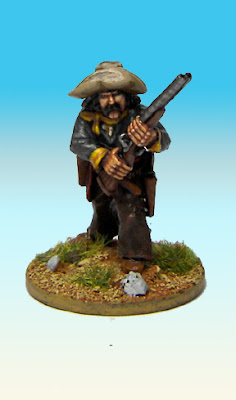 FRANCIS T WINKLEBOTTOM
A Tough armed with sawn off shotgun, he was shot in the rump during the confusion at Gold creek. He killed a lawman during the attack on the church, now has Grit 5 and pluck 4 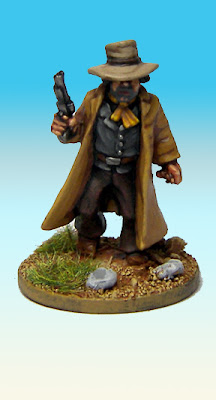 JAKE THORNTON was killed during the "showdown in Imelda" and now pushedup daisies in boot hill..
So with much blood spilt after four games, the boys have been lucky to only lose one of their comrades. The south is still strong and if Rob Johnson is to be believed "The south will rise again!"