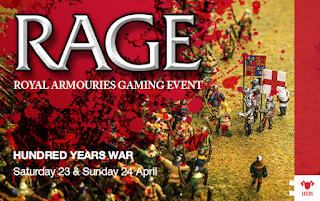 I popped along to RAGE at the Royal Armouries in Leeds yesterday to hang out with friends and see the Agincourt diorama, which i hadn't seen since last August 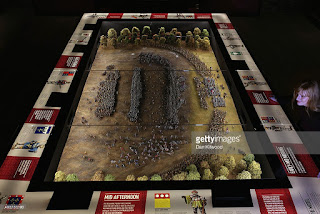 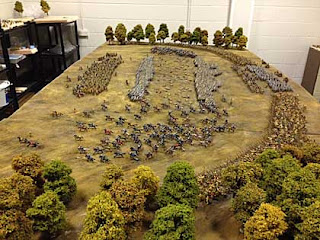 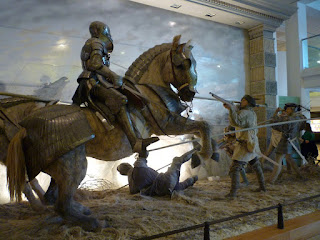 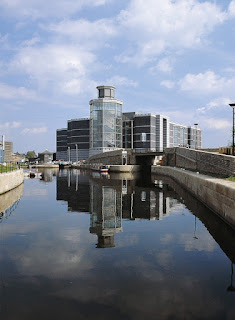 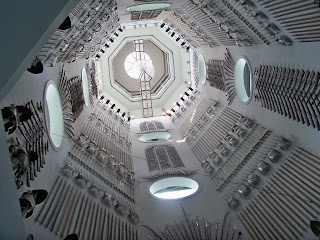 There is plenty to see at the Armouries, but most of my day was spent pushing toy soldiers around, not that i'm complaining. Especially as I was there to help Simon with with his Agincourt 'The French battle plan' display game, using his amazing collection.
We used Hail Caesar rules, dropping the French leadership a point in order to slow the advance across the muddy field. Simon led the English and Stuart  and I led the French.


followed by the French high water mark as the center battle charged the English Men at arms. Sadly for the French they were soundly beaten and routed as the French right wing hit and bounced off the longbowmen.

With the French retreating faster than they advanced, a cry of ST GEORGE! was fittingly heard (it being the 23rd april).
There were quite a few other games going on themed on the 100 years war, as well as a presentaton by David Marshall and Alan and Michael Perry about the making of the diorama.
I had a great day and came away very impressed by the Royal Armouries, there is lots to see there and I hope to pop back in a few weeks with the family.
Posted by Steve h at 11:28 No comments: