Evening chap, this maybe my last post for a few weeks as I am moving home and country. My previous experience with BT i guess it may take them awhile to sort out broadband, but who knows maybe they'll get their finger out this time.
Anyways we are off to sunny Welsh Marches, about a mile west of the river Dee. An area that was hotly disputed for many years. I hope to get the chance to research some local history and to come up with a cool new future project.
Talking of projects, i don't know if its my age (see earlier post) but it is now April and I still havnt decided what this years large project will be.
At the moment I seem to be flitting form one thing to the next, buying figures, prepping them up then thinking of something else shiny...
So I thought I would offer it out to you guys my followers and friends. What would you like to see me sink my teeth into an why?
here are the options.

1. War of the Roses, particularly Bosworth campaign. Great period lots of herioism and sculduggery.
For this I would use Perry miniatures and chipcos "days of knights" rules. I already have a few command sets which I am slowly working through.

2. First Crusades, I have started my muslim army and have most of the figures I need for Crusaders. I have also worked out two further 2000 point WAB army lists Byzantine and Armenians. So this would be a large project with me working on four different armies each with their own flavour. rules wise it will be WAB using mainly Perry miniatures for the crusaders and Armenians, perrys, musketeers minis for Arabs. Crusader minis for the Byzantines.

3. Thirty Years War. I started reading about the Thirty years war this year and it sounds like a great period to game. Huge units of cuirassiers, massive blocks of pike accompanied by their sleeves of musketeers would make for a great looking game. Rules wise I would go with Steve Danes AB1 "Father Tilly" rules which I have played a few games of and like. Or possibly the forthcoming pike and shot blackpowder rules if it is any good when it is released next week.

4. English Civil War. I would do this as a large skirmish game using either WAB or a variation on the lord of the rings game. Lots of great figures from some great companies out their, to much to pick from!

5. Eastern Renaissance. Galloping Polish lancers Vs Russian Boyars Vs early Swedish. Could make for a great looking collection. The Assault Group do a wonderful range and I have been buying lots of little bits for a few months now. Rules would be "Father Tilly" again.

6. Last but not least
1066!! my 1066 campaign which is why I started this whole blog thing for in the first place! I have a small slowly growing Viking army (if i dont keep selling bits of it), my lead mountain has a whole face of Normans just dying to be painted and take their rightful place in their Motte and Bailey castle I have here nesting quietly on my shelf. Then all I will need is the ill fated Saxons. For this I would use WAB shieldwall, I also have a draught set of campaign rules which I wrote about three years ago, waiting to see the light of day. 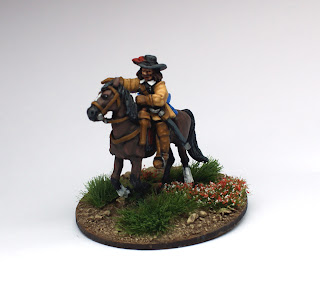 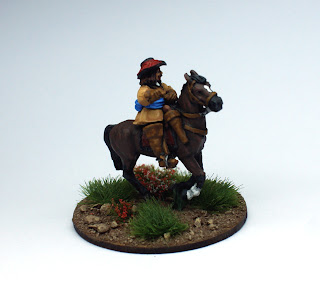 Clearing my painting desk at the mo and this dapper chap has been sitting in the corner for far to long waiting for his horse to be painted.
I am toying with the idea of doing an early Swedish Thirty years war army. This army will fight against the Polish and Russians I am thinking of getting.
To many ideas to little time i hear myself cry.
Posted by Steve h at 20:34 5 comments:

I am now officially old... 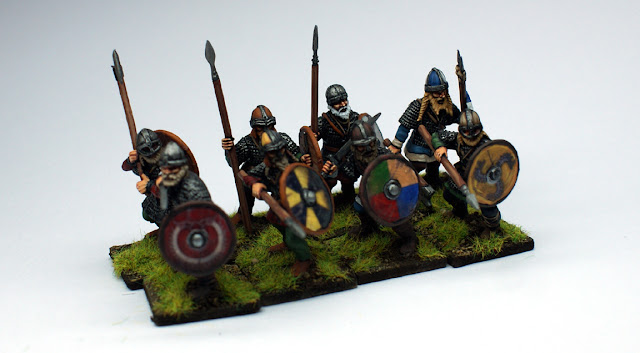 Well it had to happen eventually. I am now officially an old man, as i turned 40 last week.
The good news is I still have my own hair and my chest is bigger than my belly. The bad news is i may be getting a little to old to play with toy soldiers?
Anyway for my birthday my mrs went to Rome to see the pope whilst I stayed in rainy Manchester with the kids. It was not all doom and gloom as i did manage to finish off these smashing Gripping beast plastic Vikings which I started about 6 months ago and for a change they are for my personal collection. they are a great buy and as good as any metal dark age figures on the market. All i need now are the Jomsvikings I have ordered!
I also painted myself up an officer to start my thirty years war collection. pics soon. 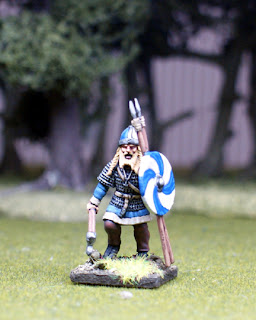 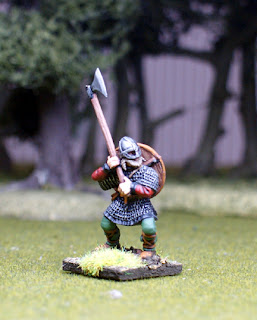 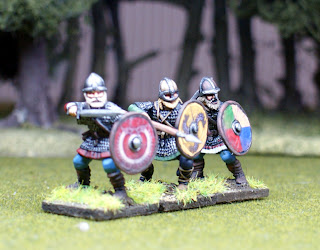 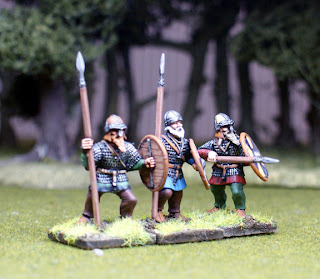 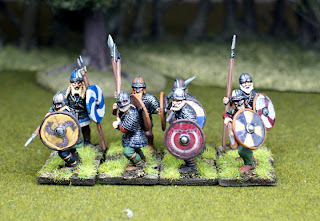