My good friend John brought his toys round last weekend. So we finally christened my enlarged table.
We played David Browns General de Brigade rules using the points system. 1000 points aside plus command. To add a bit of suspense, The commanders abilities were rolled for. Luckily we both rolled high giving us the much needed excellent CnCs. The scenario was basically seek and destroy. I was intending to write a detailed battle report, but as its been at least four days and my notes didn't make it past round one. This will have to be an overview with lots of pretty pictures.

The battle opened with John lighting the fuses on his rocket troops, then he must of fallen over them. As he rolled DOUBLE ONE!! resulting in the whole troop disappearing under the smoke, which panicked the Household cavalry regiment standing next to the rockets. They shouldn't of stopped running until they reached the sea. But after we'd stopped laughing (or more rightly i'd stopped laughing) we decided that was a little unfair to lose so much with the first roll of the game. So we allowed them to roll every turn to rally and come back on at the base line. 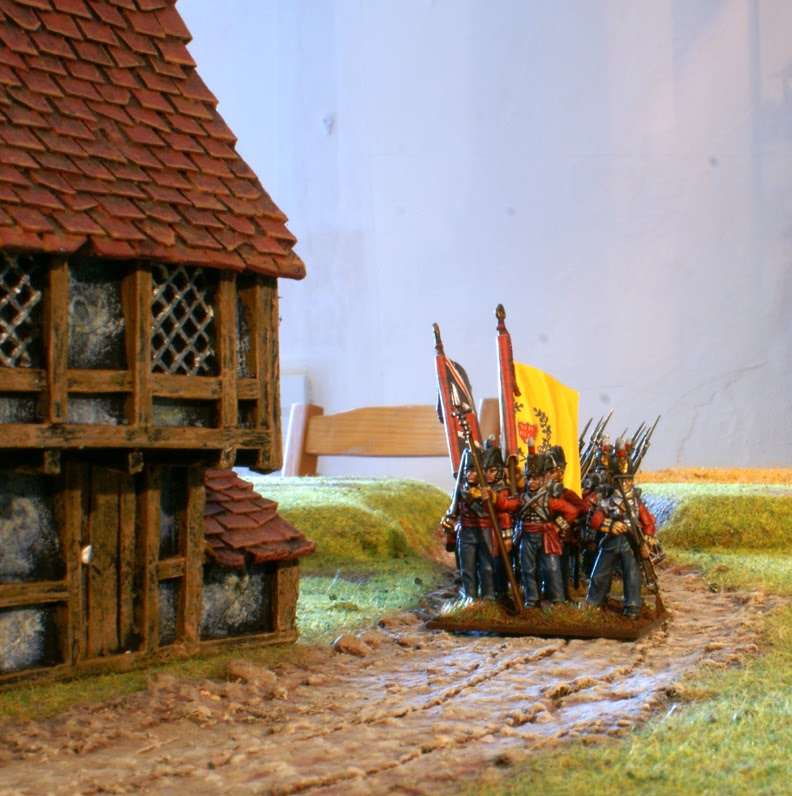 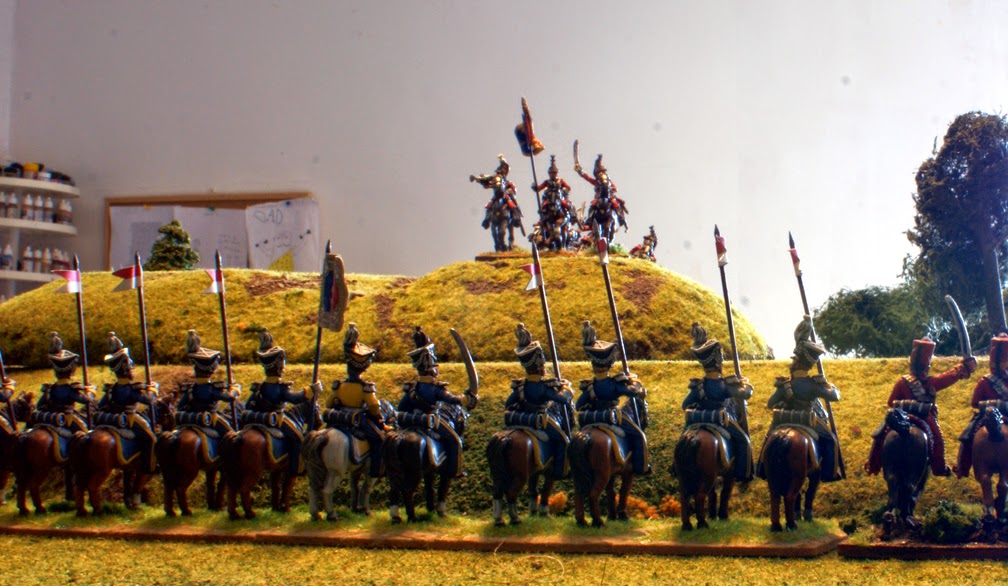 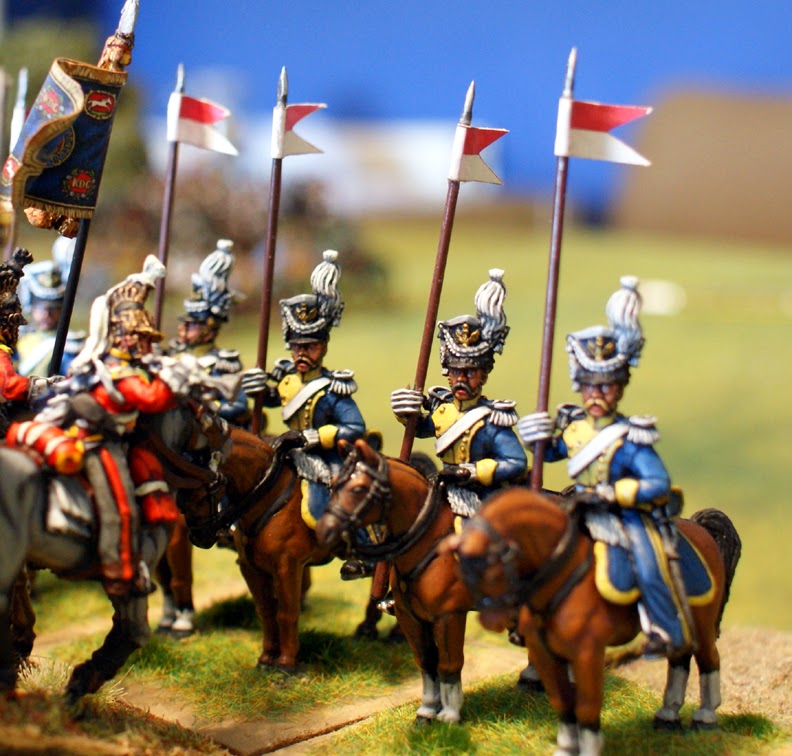 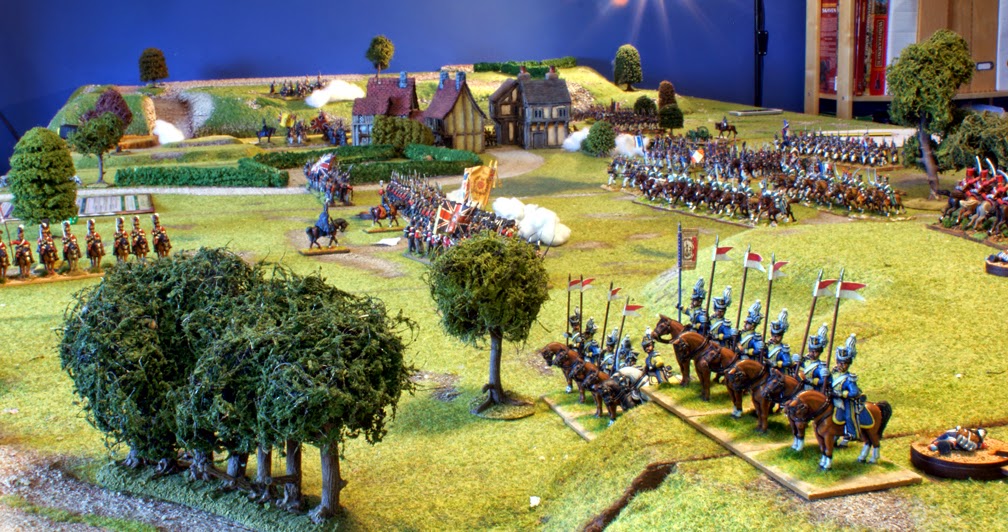 The first two turns so the armies maneuver towards each other. both trying to occupy the small town on the French right whilst trying to gain the best position for their artillery. On the other flank the generals were a little less cautious and immediately  sent the cavalry to see off their opposite number.
Against the odds the French light cavalry out fought the British heavy cavalry forcing them to retreat, The Polish lancers eagerly chased them down refusing to stop and leaving the battlefield in their dust. Luckily the 6th Hussars managed to keep their discipline and return to their lines. This left a huge gapon the British right so i brought on my cuirassier brigade with the intent of rolling up the British thin red line. 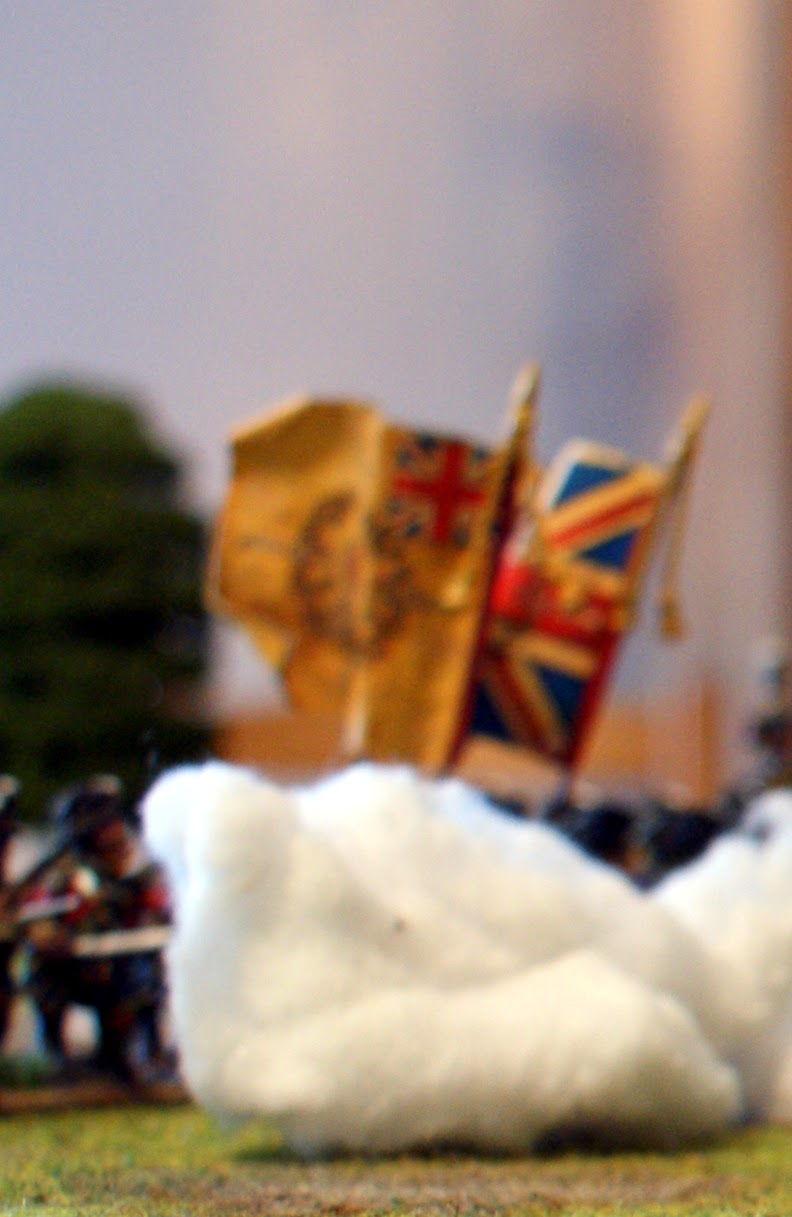 The battle for the town heats up with the French taking mounting casualties form musketry and artillery fire whilst the 95th rifles take the buildings.

In the centre the French chasseurs supporting the main infantry brigade, begin to get whittled down by accurate musketry from the British lines.

The infantry form square aware of the danger of the victorious French cavalry. Whilst now recovered from the firework display the Household cavalry try to fill the large gap left by the heavy brigade. 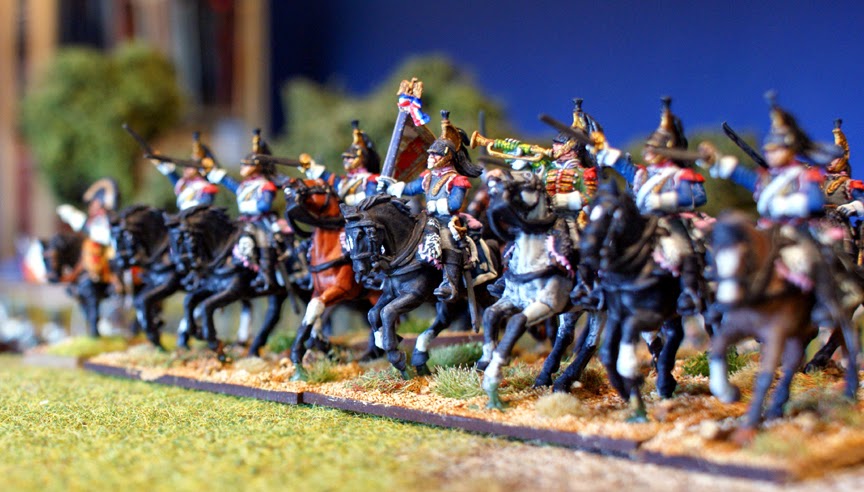 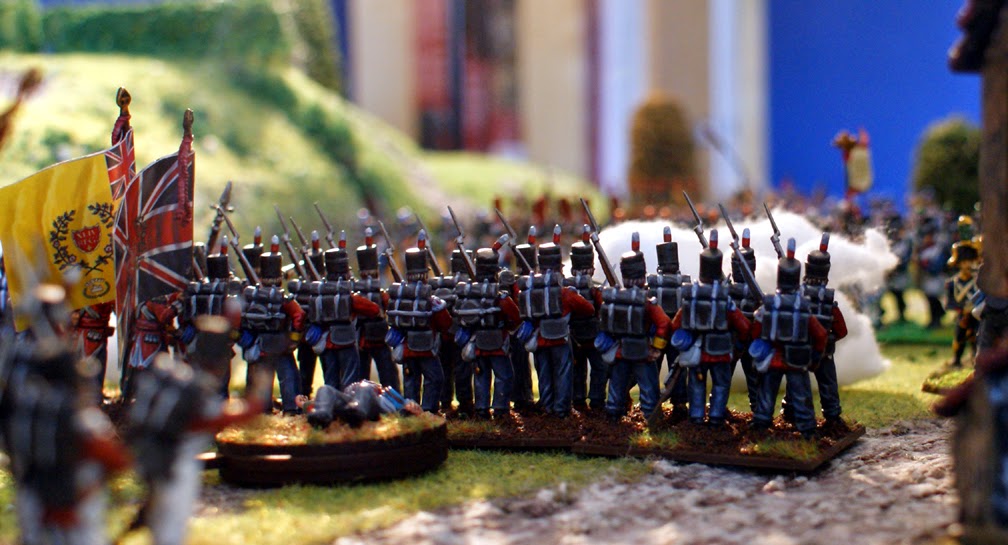 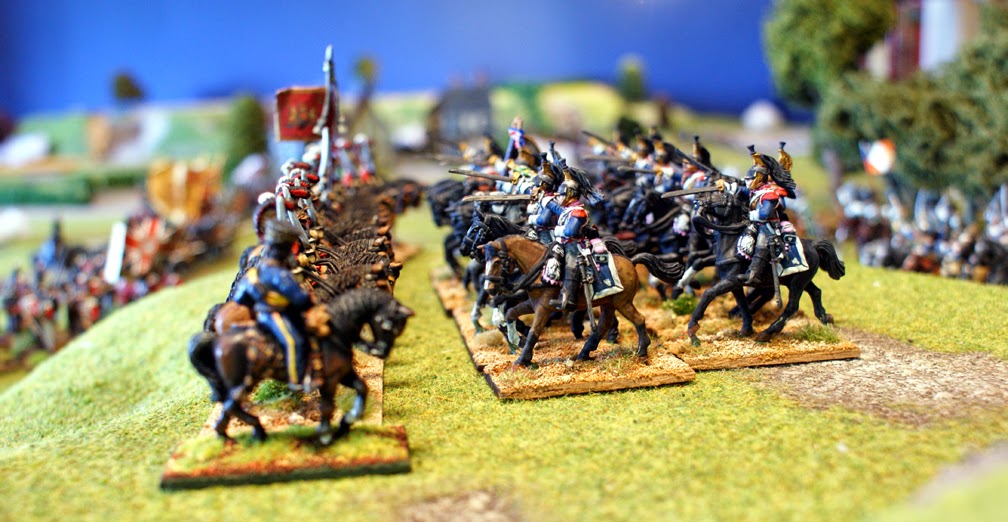 As the day draws to a close, the French cuirassier brigade marched forward to outflank the British right only to be blocked and then smashed by the Household cavalry regiment!

Well it was a great game and i'm sorry i didn't take more notes. We decided to call it a day after six hours of battling and i claimed a small French victory (it's my blog after all ;).
lessons learnt
1. Do not brigade your elite cavalry with a troop of rockets!
2. Do not park your chasseurs a cheval in front of a British line
3. If the enemies elite guard cavalry flees in the first turn DO NOT feel bad about, just laugh and mock until your ribs hurt. Then go on to smash the rest of their army without quarter! otherwise it will come back to bite you in the butt (see last pic).

We are now hoping to do a campaign, so i best paint some of my own figures steadily climbing the mountain as all these figures you see in the pictures are from Johns collection. 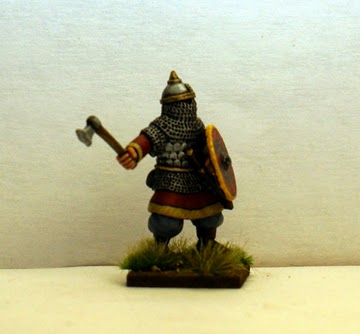 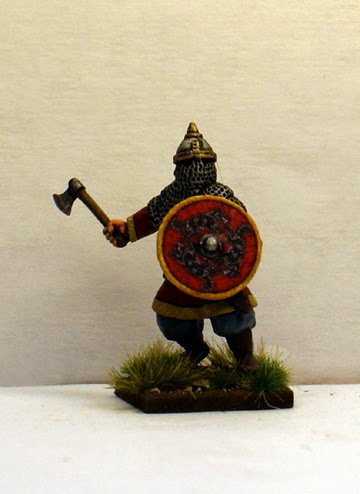 Number 8 makes the finishes the first rank in my Jomsviking warband. Another 15 to go and they will join the right of my Viking armies shieldwall.
Posted by Steve h at 11:02 1 comment: 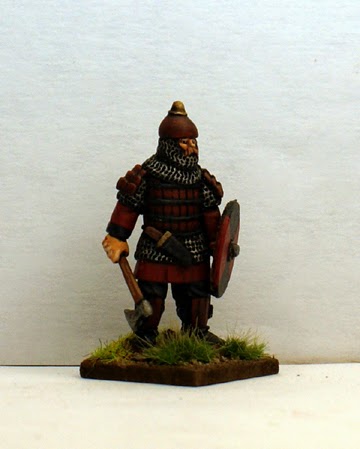 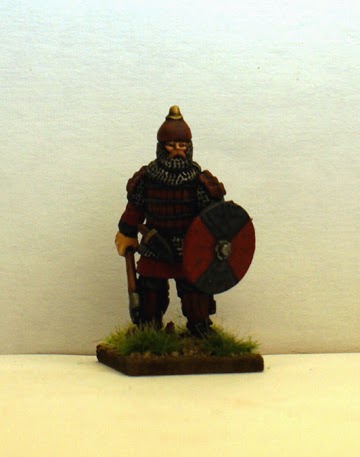 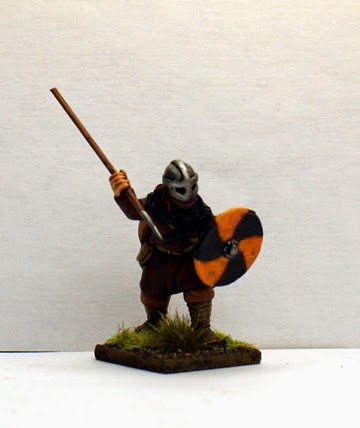 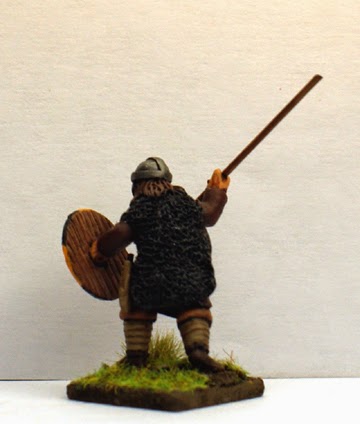 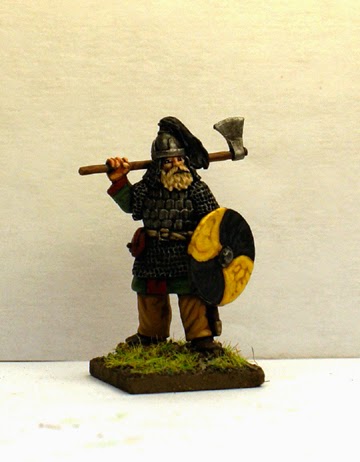 You may of seen this chap on the blog before. I have cut the Dane axe down a little since last time.
Posted by Steve h at 11:52 No comments: 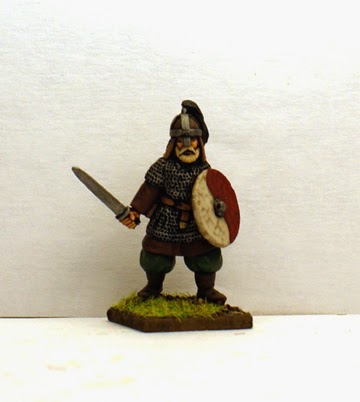 and another
Posted by Steve h at 11:51 No comments: 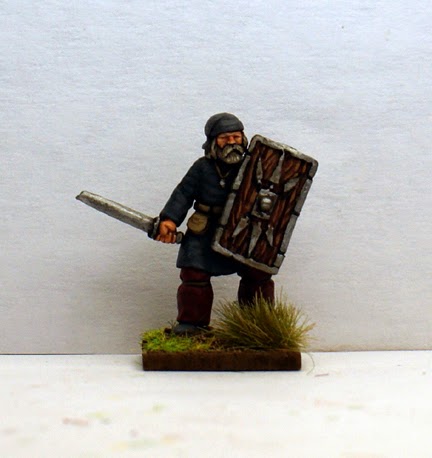 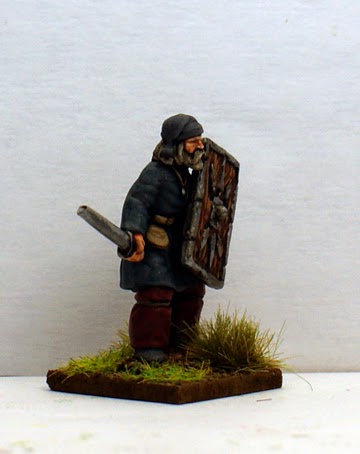 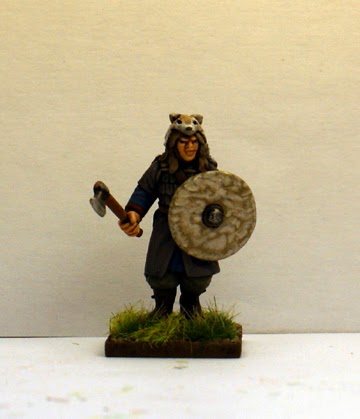 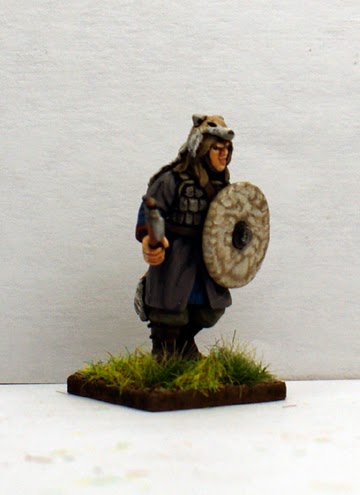 Carrying on from yesterdays Jomsviking, here is another of the brotherhood.
figure by Gripping beast.

Well my youngest has been a little poorly and off school, which has eaten into my painting time. The good news is I  have managed to catch up with my paperwork and also a little bit of photography. so here is the first of a few Dark Age figures I have painted over the last year or so. 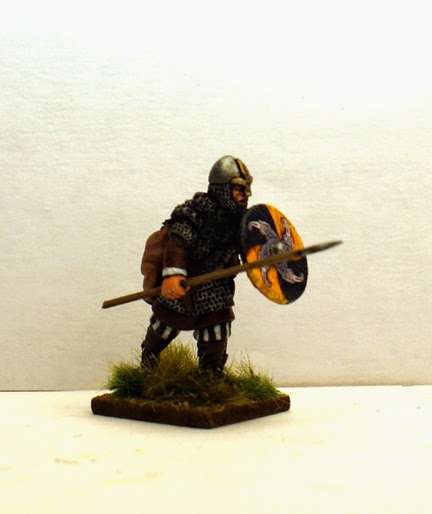 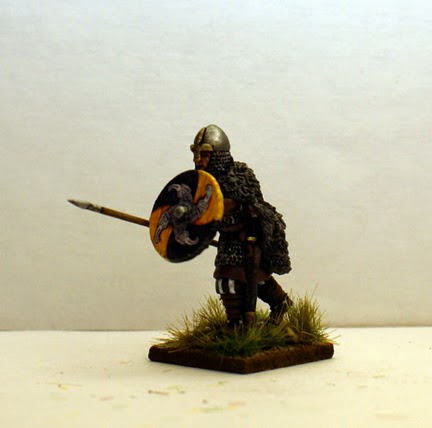 Figure is from Gripping beasts beuatiful Jomsviking range. The shield is a little big men studios transfer.
Posted by Steve h at 13:45 No comments: 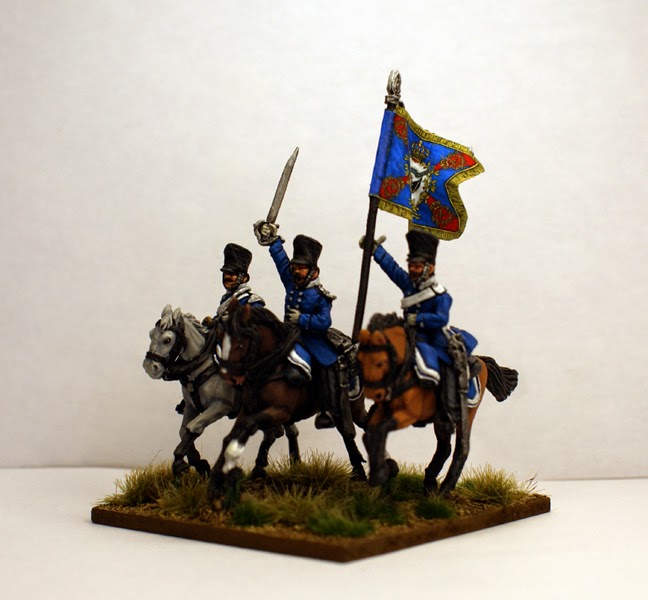 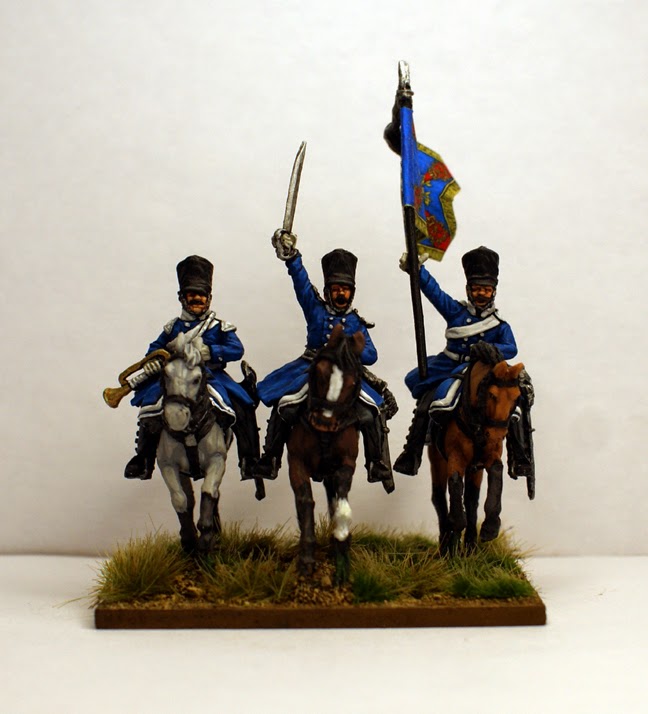 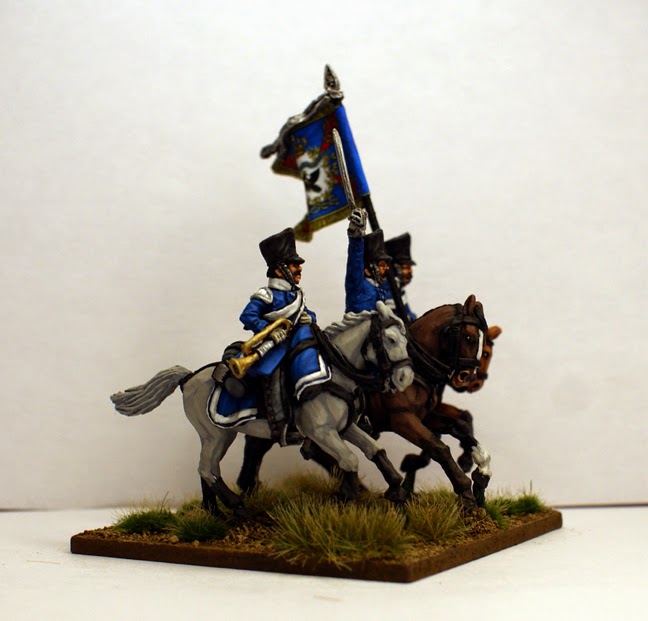 here is my stand representing the command of the Prussian 2nd Dragoon regiment. I painted these a good while ago (probably last year) and have finally got a round to basing them. At this rate I will have the rest of the regiment painted in time for the 200th anniversary of Waterloo!
Figures are Perry miniatures, flag GMB designs.
Posted by Steve h at 13:07 5 comments: