The Palmyrene Empire (260-273) was a splinter empire that broke off from the Roman Empire during its Crisis in the Third Century. It encompassed the Roman provinces of Syria, Palestine, Egypt and parts of Asia Minor.

It was ruled by Queen Zenobia as regent for her infant son Vaballathus. The capital of the short-lived empire was the city of Palmyra.
Since Rome was unable to protect its eastern provinces against the Sassanids persians. The governor Septimius Odaenathus decided to use the legions he had at his disposal to defend his provinces, rather than intervene in the struggles for Rome.
When Septimius Odaenathus was assassinated (probably by his nephew), his infant son Vabalathus was made king (rex consul imperator dux Romanorum, “illustrious King of Kings” and corrector totius orientis) of the Palmyrene Empire.
But as always the real power behind the throne was his mother Zenobia. and with the legions at her disposal Queen Zenobia conquered Egypt, Syria, Palestine, Asia Minor and Lebanon. She even adopted the title of Augustus for her son and herself.
Everything was going well for our warrior queen until the Emperor Aurelian started his camapign to reconquer land lost to the secessionist Palmyrene Empire. He had come to the East willing to show his mercy to the Roman peoples of the area, and had defeated Zenobia at the battle of Immae, near Antioch. Zenobia and her general Zabdas fled to Emesa.
The Battle of Emesa was fought in 272 between Roman and Palmyran forces. The armies forces clashed on the plain in front of the city. As at Immae, the Palmyrene heavy cavalry was far superior to the Roman equivalent. However, after beating the Roman cavalry they dispersed in the pursuit of it and were then spanked by the Roman infantry. According to Zosimus, the Palestinian units, with their clubs, slaughtered the heavily armoured Palmyrene horsemen.
Zenobia then retreated into Emesa, but later escaped to Palmyra, having failed to recover the treasure from Emesa. While Aurelian attacked and conquered Palmyra, Zenobia fled towards Persia, but was captured when she reached the Euphrates. Aurelian showed her mercy, and Zenobia was not executed. 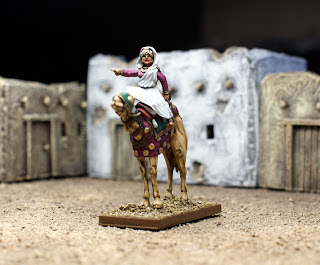 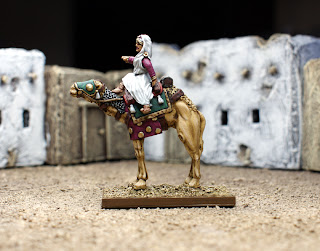 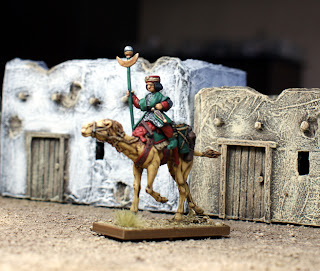 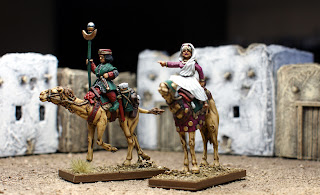 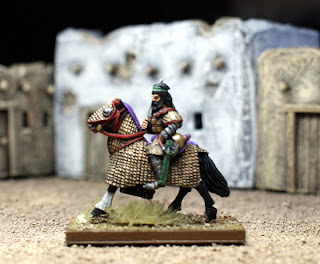 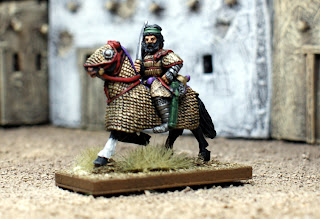 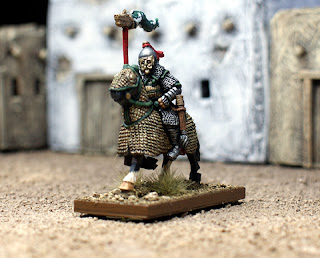 Being as she was between a rock and a hard place (the Roman and Sassanid Persian empires), Queen Zenobia was very brave to throw off the Roman yolk. A real warrior queen and apparently she was fit to!
All figures are from A and A miniatures excellent range.
Posted by Steve h at 14:12

Email ThisBlogThis!Share to TwitterShare to FacebookShare to Pinterest
Labels: a and a minis, ancients